Here’s a little rant about cyber bullying. It goes a little something like this …

Sometimes after I’ve read an article or post, I get caught up in reading the newsfeed comments that follow. I think I might need to take a break from that. A break from reading those comments.

Word of mouth always could travel through a high school or a neighborhood or an office in mere seconds. But now make it digital and add some visual information to the mix and you go from word of mouth to “word of media” – which takes communication to a whole new level. Going viral on video today is fast becoming a hallmark of visual communication success.

“Word of media” advancements in Internet technology continue to thrill. We can now share information and collaborate in business endeavors with remote colleagues and the potential to reach millions. We can establish and achieve global reach. Anything we want to learn about can be researched and consumed on the Internet. It only takes a moment to fire off a comment to a blog post or give an opinion on an article and anyone anywhere in the world can read it – immediately.  It’s an awesome time to be in the communication industry.

But there’s a flip side to this awesome coin. 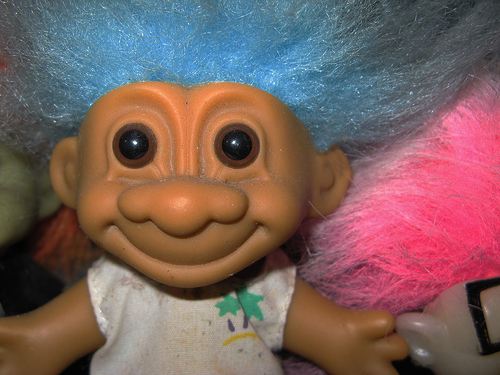 The visual communication capability of the Internet also offers plenty of opportunities for trolls to roll, posting the most destructive comments they can generate. All one has to do is set up a virtual profile with an undercover email address and send out vile visual media and commentary in secret while living a normal, average, everyday life. A mystery man avatar and cryptic handle can form an effective shield to protect one’s virtual persona. A friend of yours or a colleague at work  could be a secret Internet troll that you’d never tie to the one saying those snarky things online.

Troll behavior is not gender specific and presents a complex conundrum:  Internet trolls attempt to communicate their relevance … without letting anyone know who they are.

The world may never know.

Until something bad happens. Until the cyber bullying results in a serious consequence and there’s a need to follow a digital audit trail – then the secret troll is unmasked and his or her identity brought into the light and everyone is shocked.

Have there always been so many angry people?

Just read any popular newsfeed. When something happens in the news – a celebrity incident, a family dealing with a medical decision, a tragic death, some political issue, or even a sweet, heart-warming story.  Scroll down and read some of the comments people write. Wow. Sometimes the level of callous insensitivity and disrespect that exists in this world is … appalling. People feel free to make the crudest, most thoughtless remarks when no one asked for their opinions and frankly, the issue at hand is absolutely none of their business.

So the Internet, with all its fascinating visual information and amazing learning opportunities, its engaging social networks and far-reaching multimedia impact, has also become a place for anonymous trolls to spew venom wherever they decide to pop in and express themselves.

It’s cyber bullying, in all its noxious forms, and it takes visual communication and freedom of speech to a very ugly place.

We think we “know” people because we’ve connected with them on social networks and had some “congenial” conversations or “agreed” on some issues we feel are important. We have been “of like minds” when it comes to personal or business goals.

But do we really know people we’ve met online?

Maybe we don’t even know the people living in our own homes.

I’m sure you remember the bully who attended your elementary school. We all knew one. It was a boy or girl, often bigger and usually stronger, at least more aggressive than the rest of the kids, who held a reign of terror over others with threats or fists. That bully may not have been able to construct a good sentence but could communicate visually as well as any master of linguistics. A menacing look, slow movement of a fist to each eye, and then a finger pointed at you. You got the message.

Today, parents continue to be shocked to discover that their son or daughter is being bullied on the Internet. More than half of teenagers today say they wouldn’t tell their parents if they were being cyber bullied. Here are some more statistics on internet bullying you might find interesting.

Do you have kids? Do you really know what’s happening in their lives? 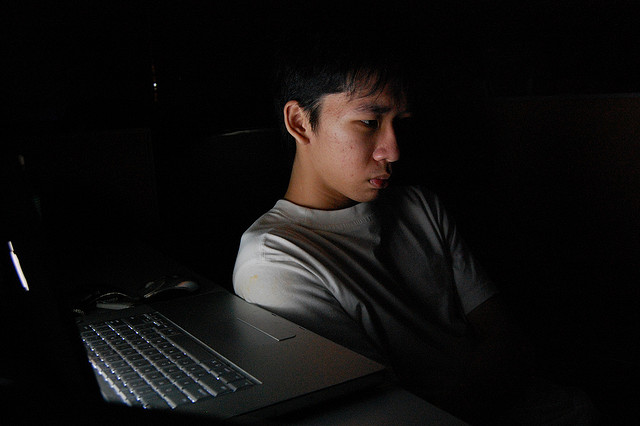 Aren’t you going to wish you had asked more questions or delved more deeply or been just a little more involved if reality suddenly delivers you an unexpected and solemn verdict?

Parents continue to be even more shocked to discover that the Internet bully who orchestrated the malicious visual information campaign that drove that kid up the street to commit suicide … is their very own son or daughter.

In some circles, cyber bullying, has found its way to cool.

The bullies of today can be cute and popular. Sometimes they’re cheerleaders or star athletes or society mavens. They’re attractive, charismatic influencers with a large entourage of loyal fans, followers, and hangers-on. Hundreds of friends on Facebook and thousands of followers on Instagram. By contrast, they can also be unknown quantities. Maybe they’re the not so visible, quiet students in the back of the room, ignored or ostracized by their classmates, or the shy guy in your office who keeps to his cubicle and never has much to say.

The one thing they have in common is that they all can thrive well in a virtual communication environment.

The stereotypical bully has taken a bit of a back seat to this new tech-savvy breed. Bullies make videos now with viral intent and post to blogs and generate group text campaigns and put mobile apps through their most creative paces. They can look you in the face with a winning smile and offer a confident handshake.

They hide behind the anonymity of the Internet with all its exciting array of visual communication tools to exercise cruelty toward those who fail to meet their standards.

And the sad commentary is that many of these bullies secretly fail to meet their own standards. They can only achieve some modicum of satisfaction by making someone else feel worse. So they jump on the Internet and malign the kid who’s struggling to survive the social rigors of high school. They go online and write a scathing review of every book they read. They haunt the Internet in search of people dealing with tragedies or people offering spiritual inspiration or simply anyone who appears to be enjoying life more than they are … and out spews the venom. Like scorpions. A whole new perspective on web crawling.

Visual communication technology puts us in contact with the world in a moment. Freedom of speech has made so many good things possible. It has been the voice of necessary change and a catalyst for advancement … but do you think there is or should be a point where virtual venom crosses a line and becomes actionable? Cyber bullying. SMH. As I see events unfold, I’m thinking … yeah … maybe there should be a line.

In the meantime, I’m taking that break from the comments sections.